As well as a recreation, gliding is a very popular competitive sport, all around the world

Gliding competitions are races of various sorts around a fixed course of various types. A typical race, or task as it is called, is a triangle or quadrilateral course of about 300km, sometimes more sometimes less, around fixed points on the ground called turn points. Essentially, the competing gliders are launched, allowed time to gain height and explore the conditions a bit, and a start time is set (called “opening the start gate”). Gliders may start any time after the start gate is opened but not before, which makes the competition a judgement of weather and conditions as well as flying skill – Will the conditions get better or worse as the day progresses? Will I be able to go faster or slower if I start early or late? 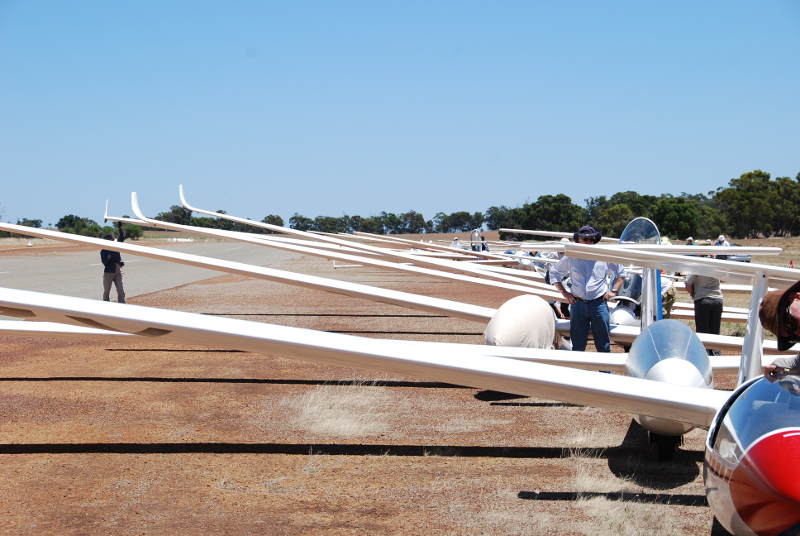 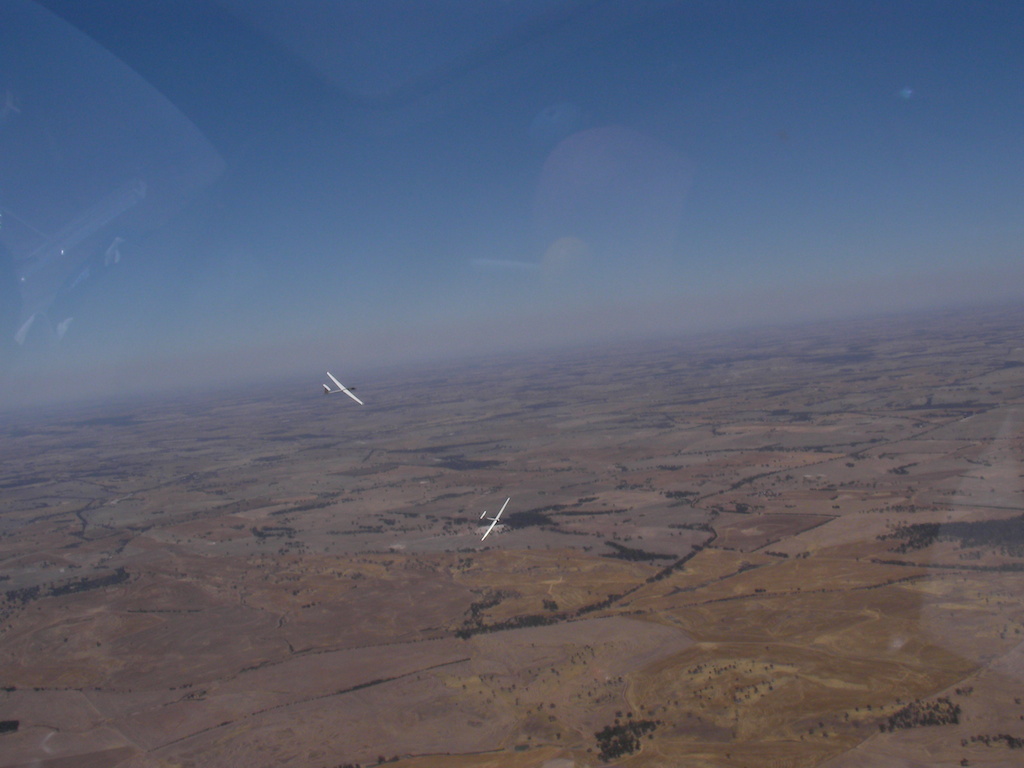 Gliders progress around the course by circling in thermals to gain height as quickly as possible then flying as intelligently as possible between thermals to maximise the overall cross country speed achieved. Pilots also use other lift sources like ridge lift and shear wave when these are available.

Overall average speeds around a task are generally around 100kph or so, depending on the conditions. About 30% of the total task time is spent circling to gain height. Inter-thermal cruise speeds are in the range 150 to 250kph.

Gliders are usually handicapped based on their design performance. The race is won by the glider that completes the course with the highest handicap speed.

Global positioning system technology (GPS) has revolutionised gliding competitions. Before GPS, flights were verified by pilots taking photos from vertically above each turn point as they progressed around the course, using cockpit-mounted cameras that also recorded date and clock time on the film. Before that, observers were actually stationed at each turn point with binoculars, to visually verify each glider as it turned the turn point. Now, GPS linked to flight computers in the cockpit provide a downloadable trace of the flight that can be automatically verified and scored by software on the ground. Real time positions of all the gliders in a race can be available to a display screen on the ground during a race, or on the mobile phone of anyone who wants to log in and look at it. 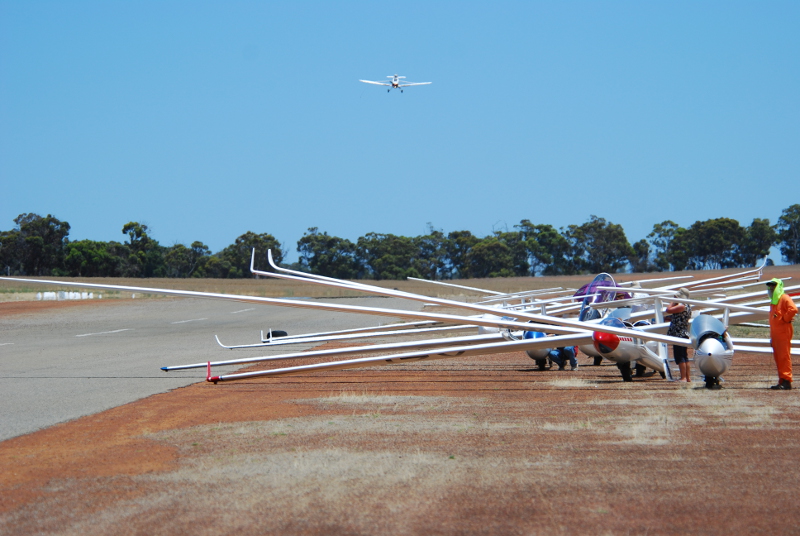 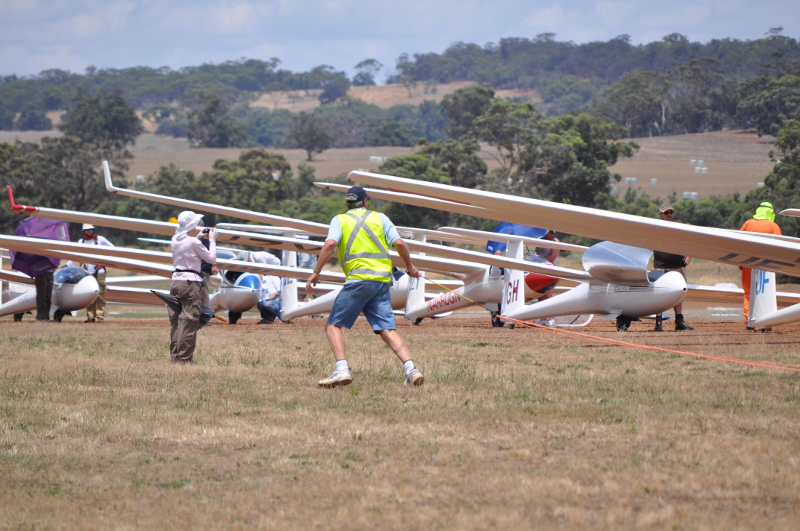 At Narrogin Gliding Club, cross country flying is a focus during the soaring season from October to April and tasks are set every weekend. Club flights are usually around 250-300km but 500km is easily available several times in the soaring season with a bit of weather investigation and forward planning.

As well as weekend activities we schedule a Fun Flying Fortnight in the November/December period, which concentrates on cross country tasking and coaching. This time of year in WA is usually very good for this sort of flying, not too hot but with longer days, well developed, smooth thermals and cumulus clouds. By contrast January and February is usually much hotter, with stronger, rougher thermals, stronger winds, lots of shear and blue, no clouds. The WA state gliding championships are held each year in January. The venue is rotated around the three major clubs close to Perth.

Get in touch and